The incumbent US president will unlikely be reelected tomorrow, at least if tomorrow results are not too close to call, especially in battleground states where all the eyes are turned since a couple of days. Whether pollsters could fail again, as they blatantly did in 2016, by quasi unanimously forecasted a Clinton healthy walk, is quite unlikely, or it will lead the whole US poll industry into a deep and durable crisis, as it was the case in France when they failed in their forecastings in 2002. However, taking outside these issues and how this campaign will certainly end, viewed from overseas, the 2020 election race raises a couple of questions, especially regarding how candidates’ discourses could delath with Covid-19 outbreak.

There is less in common between Joe Biden and Donald Trump, as there was less in common between Hilary Clinton and Donald Trump. That being said, nothing more than the rallies both of them made, as their running mates, tend to stress out this idea. Donald Trump’s ones with arrivals in Air Force One or helicopter in states airports or what looks like military bases, with music played going Macho man to Proud to be an American, were already a political platform and deserved few explanations. As for the crowds, with sometimes more than 30.000 peoples gathered in the bleachers, with many of the them not even wearing a masks or any kind of protection whilst Covid-19 was still a threat in the US, for many journalists and pundits they embodied at its best Trump’s so called distrust for science and truth. As some US specialists stressed out, these rallies may have contributed to the spread of the Covid-19, as Dr. Sanjay Guta pointed out in a late october CNN interview. At least, and if it’s of course always difficult in our understandings of how the pandemics spreads, a large pundits consensus acknowledge that the Trump’s rallies, with sometimes 4 or 5 in a single day, were not quite wise in a country were more than 225 000 peoples passed away due to the “chinese virus”, as Donald Trump coined at. At the same time, former Vice-president Joe Biden, took the exact opposite, in a quite caricatural, but perhaps more responsible, way. There were no large gatherings for the Biden-Harris ticket. No american shows, as Trump performed throughout the US these last weeks. Biden and Harris prefered the honks of their supporters rather than their cheers. Of course, it led to surrealistic, and sometimes quite embarrassing, scenes. But Joe Biden, and his running mate, campaigned on Trump alleged misconduct and mismanagement of the health crisis that did the trick. Whether a scientific consensus has not always be clear regarding masks effectiveness to stop Covid-19 spread, Joe Biden never forgot his. And when he did, as it was the case yesterday, when he delivered remarks at a campaign event in Philadelphia (PA), he just came to take it. To see Trump with a mask one has to look in the archives of the White House. All of this is quite theatrical, but that’s what rallies and campaign events are. It tends however to become questionable when we go to the substance of this issue, and we look at Joe Biden’s proposition to address the crisis. If Trump dealt poorly with Covid, but as his counterparts overseas, except perhaps in East Asia, Joe Biden’s proposal to reverse the crisis remains unclear. Beyond the opposition in terms of communication, it looks like Joe Biden, whom pollsters already anoint as the 46th President of the United States, as no magic wand to tackle the issue. Except if he enjoys a hand of fate, with an ever likely significant decrease in the number of Covid-19 cases,  between Election and Inauguration Day.

“Joe Will Ban Fracking”, Trump’s Last Throw Of The Dice

These last couple of weeks, Trump campaigned mainly on the fracking issue, especially during his several rallies in Pennsylvania, which, according to pollsters, will be one of tomorrow’s battleground states. Whereas Biden put the emphasis on Climate Change, as Clinton did in 2016, while holding from going too deep in AOC’s Green New Deal, which may frightened some of his potential electorate, Trump portrayed himself as the champion of fracking and, more broadly, to the US oil industry. While polls suggested that the election race in Texas could be too close to call, Trump dismissed these forecastings, pointing out that he can not lose in a state which cherishes God, Gun and Oil. In a large publicized way, through TV ad, rallies and social medias, Trump, relentlessly, championed as the last bastion against Joe Biden alleged hostility to fracking. A message which may be very well received in the battleground state of Pennsylvania where, there are between 20.000 to 50.000 jobs related to the state’s fracking industry. If Trump undoubtedly failed to demonetize Joe Biden, as he succeeded four years ago with an aggressive, vicious and often outrageous strategy toward “Crooked Hillary”, as Trump coined at, and while his “sleepy Joe”’s narrative does not perform well, outside his die-hard supported, fracking and, more broadly energy related issues, could be Trump’s last chances to not be defeated tomorrow. It’s by far less effective than what he, and his teammates, did in 2016, from Breitbart, to Roger Stone’s dirty tricks, passing by Alt-right digital campaigning, but if pollsters fail another time, and if the assumption of a so-called hidden Trump electorate, that pollsters may not reach, is true, then Trump likelihood to stay in the Office remains. 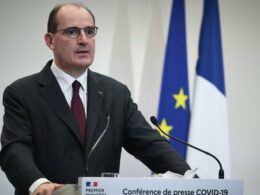 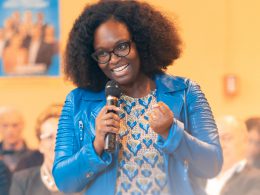 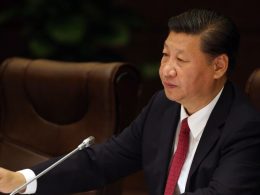